Steven Knapp, one of the CACDC directors and a Ridgetop Elementary parent, has been working with several others in the community on the cause of saving Ridgetop Elementary. Steven just confirmed that the March 24th revision of the AISD Facilities Master Plan recommends keeping Ridgetop open for the indefinite future, and designates it to be renovated 12-25 years from now. You can read that report containing the recommendation here: https://www.austinisd.org/sites/default/files/dept/fmp/docs/FMP-Update-2017-508.pdf.

The Statesman also had a story this morning, but Ridgetop is not specifically discussed. http://www.mystatesman.com/news/local-education/austin-board-vote-land-parcels-preview-revised-facilities-plan/ZNF2BCmzbh4MfbZikVFguK/

Parents have viewed Ridgetop Elementary as in irreplaceable public asset. It’s a walkable urban school on a core transit corridor that is essential for serving and retaining households with children in Northfield and Ridgetop. As one of the few civic spaces in an area with a history of disinvestment, the Ridgetop campus is the only parkland for an adjacent community of 5,800 people, under a shared used agreement between AISD and the City of Austin. In addition, the North Loop NPA has the zoning capacity to increase its population by over 60% under current entitlements, and could play a large role by accommodating a significant number of new affordable housing units in the future.

If confirmed by the AISD Board of Trustees, this would be an important win for the community, and one that highlights the effectiveness of bringing neighborhood groups, non-profits, and people of all backgrounds and interests together to work for an issue of common concern. 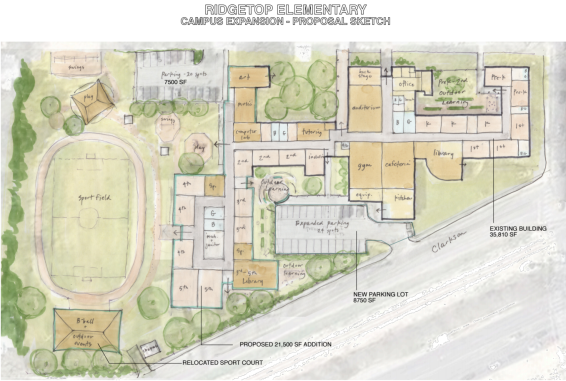